SHAKESPEARE, FLORIO & SAVIOLO: THE ART OF THE SWORD

WATCH THE DOCUMENTARY ABOUT ITALIAN RAPIER FENCING IN SHAKESPEARE’S LIFETIME

This film represents a unique look at Italian rapier fencing and the role it played in both politics as well as what it meant to be a gentleman in 16th century England. Fencing masters like Vincentio Saviolo, Rocco Bonetti, and John Florio heavily influenced Shakespeare’s greatest fight scenes. Exploring the overlap between their history and the plays of William Shakespeare demonstrates how the works of the Bard really are time capsules from Shakespeare’s life.

In this documentary, Marianna Iannaccone, director and editor of John Florio’s official website, analyses the collaboration between John Florio and Vincentio Saviolo for his fencing manual Vincentio Saviolo, His Practise: in Two Books, and their influence in Shakespeare’s works.

You can watch the film free with a 14 free trial for new subscribers.

If you stay it’s $5/month to remain a subscriber.

You can unsubscribe within that 14 free trial.

JOHN FLORIO & THE EARL OF SOUTHAMPTON 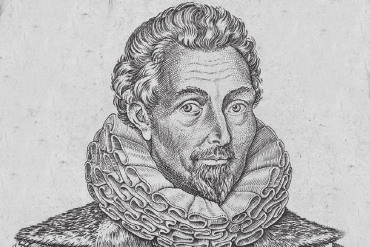